City of Oxford College is based in Oxford town centre, with our specialist technology campus located in Blackbird Leys.

We work with leading employers locally, and from across the UK, to ensure our courses and facilities teach the know-how that is relevant to today’s skilled trades.

We have a wide range of facilities to make your education and training as enriching and as practical as possible. From hair and beauty salons, multimedia studios, and kitchens, to well-stocked libraries and engineering workshops. Whether it's our city-centre campus on Oxpens Road, or our Technology campus in Blackbird Leys, you're certain to find a course to inspire your learning!

Take a look below at our virtual tours, or book onto an Open Event to visit us in person and speak to the tutors!

Our city-centre campus is next to to the Westgate shopping centre and Oxford Ice Rink.

Our Technology campus is a short walk from Blackbird Leys, Greater Leys, and Cowley.

Our Technology campus is located on Cuddesdon Way in Blackbird Leys. For those wishing to drive, there is limited parking available on-site.

Travelling by bus and train

If walking or cycling isn't an option, our city-centre campus is well served by local buses into Oxford from most urban and rural areas in Oxfordshire. A 24-hour express bus service to Heathrow airport runs every 20 minutes (at peak times). Services are also available to other major airports and express buses to London are also very popular.

If you are jumping on the train, our city-centre campus is just a 10-minute walk from Oxford Railway Station. There are very frequent trains to central London, which is less than one hour away. Connections are available to every other major city and town in the UK. 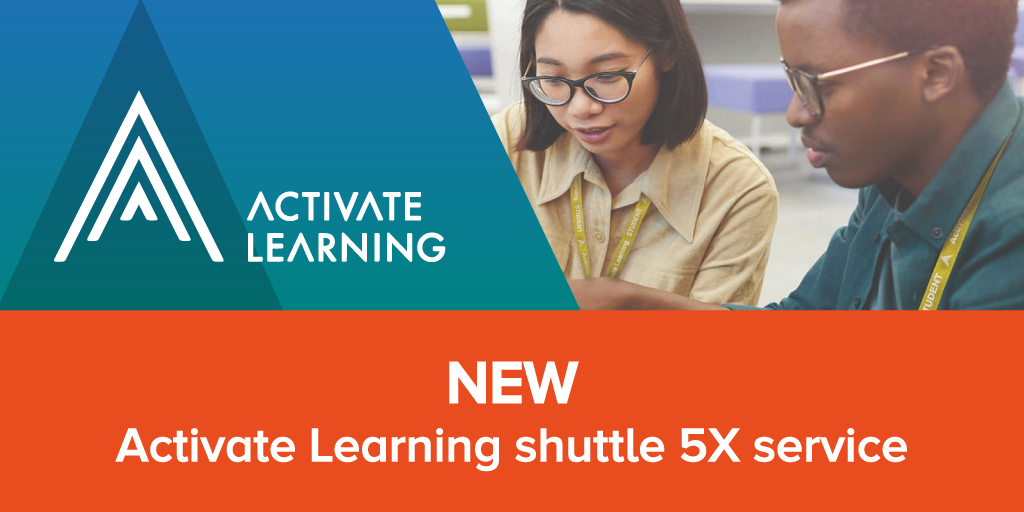 The dedicated 5X bus route will serve students, staff and the public and will operate from Oxford Railway Station to the City of Oxford College Technology Campus in Blackbird Leys.

The route will run on Mondays to Fridays during term time and will offer a fast and direct service each morning and evening, departing from Oxford Railway Station, before stopping at Redbridge Park and Ride and the Technology Campus.

You can download the current timetable as a PDF.

If you are finding it hard to meet the costs of travelling to college, you may be able to get a travel bursary, depending on your situation. For more information on bursaries, to check if you’re eligible, and how to apply, please contact our Advice and Admissions team or see our Fees, funding and bursaries page.

We encourage our students to use alternative modes of transport other than cars. By doing this we are aiming to reduce the amount of traffic as well as promoting a healthy lifestyle and living environment. Both of our campuses are well served by cycle lanes and there is a lot of cycle parking at both sites.

Please note: We have two campuses in Oxford, one on Oxpens Road and our Technology campus at Blackbird Leys. If you are unsure which campus you would like to attend, please contact us here to confirm.

Advice and Admissions in person